Halter standing desks have debuted not so long ago. They’re known for their sturdiness and great value for their price.

The Halter ED-258 is sort of similar to its smaller brother, the ED-600 yet there are differences between the two which need to be pointed out.

Also, Halter sit-and-stand desks are said to feature the same characteristics as pricier desk expansions like the Varidesk. This means that you can literally get the same quality for half the price.

So I say, let’s see if the ED-258 stands up to these expectations.

Overview of the Halter ED-258

See what customers say about the ED-258

The first thing you’ll notice that out of the box, the Halter ED-258 comes fully assembled. I won’t say this is a true competitive advantage above others, yet will make things easier if you want to snap it onto your desk and use it right away.

I usually don’t get this excited about standing desks shape, but c’mon. Combining a clear characteristic with elegant curves, the ED-258 will surely fit in any interior: let it be your home or your office:

This outstanding elegance comes with 47.3 pounds of weight. Although this will surely make some of your lower backs get strained, it’s still lighter compared to a Varidesk.

That being said, Ladies reading this review. Please do ask for help when you’re forced to transport your ED-258 to another desk.

Much bigger than other models for a better price. Solid foundation.

Space and Sizing: Where the ED-258 excels

Sizes being identical to the ED-600, here are the exact specifications:

Actually, the ED-258 is slightly bigger than its contestants on the market, in terms of usable desk space.

The upper desk provides convenience for even two 24” monitors. I consider this a great benefit as we’re speaking of a mid-price range sit-and-stand desk.

Speaking of maximum height, the ED-258 will give you a decent 11.5” keyboard and a 16.5” monitor height which is just okay. Halter could have included some extension though for taller people as well.

Because a 6’2” will surely find the top level uncomfortable for the back and the arms.

Since getting a pricier standing desk expansion won’t solve the problem (all of them provide almost the same keyboard/monitor max height), I’d advise you to put a flat lumber piece under each railing.

Although this might seem obvious it’s still worth mentioning. Metal legs feature small rubber pads that prevent the whole thing scratching the surface you’re applying it to. No big deal, but I appreciate small details like this.

Read more reviews about the ED-258

Solidness that makes it stand out

Compared to cheaper elevating desks, the ED-258 performed extremely well on our sturdiness tests. The robust, metal framing is endurable enough to rest your arms on or even to recline on.

As you can see, there’s plenty of space on the top level to squeeze in even two 24” monitors at once:

Speaking of the leveling mechanism, I’d say that it performs more than average.

While we used the ED-258 only for 6 months, and raised/lowered the desk 9-11 times a day, the spring and gas cylinder remained flawlessly solid through its motion. I can honestly say that with this solid construction, you won’t ever need to contact the support to replace any parts on your desk.

The system works on a real simple principle. There’s a lever on each side of the desk (left and right), which you pull against the desk. After that, you need to start raising / lowering the surface until you reach the desired level. When done, just release both levers at the same time to fix the desk.

What I really like about the mechanism is that there are no pre set-up levels, so you can increase or decrease the desk surface to your desired height, and release the levers any time.

Some slight drawbacks of the ED-258

Since the two 300N hydraulic dampers suffer of true power, the whole thing is hard to raise/lower and therefore to operate at all. This can be tricky especially for those who suffer of chronic back pain.

The two possible solutions to this problem is you either transfer your monitors each and every time you intend to raise your desk (like 5-8 times a day?), or ask for someone’s help. Both options are inconvenient but we need to live with this.

The other major letdown is about mouse navigating space. How could designers think that this could be enough for users to maneuver their mice?

Since I know no good solution to this issue, I guess we’ll need to live with it.

You’ll also notice some wobbling in fully raised stance when typing on your keyboard. I heard that this can prevent some from fixing with their eye properly and make them dizzy to some extent. Not a big issue either, yet

Since many of you have enquired about this comparison, I’ll do it within this review instead of a separate article, since there’s really not too much to compare.

At first sight, there’s really no difference between the two standing desks.

There’s some distinction in sizes though. The ED-258 features a slightly bigger surface area (really, just 1 or 2 inches) which might be a concern for someone whose desk space is limited.

That being said, there comes another differentiating factor: the lower desk’s shape. The ED-258 keyboard level features a ‘C’ shape and adds some space to the mouse area compared to the ED-600. This can be useful for designers (or gamers) who have a need for bigger space for mouse movement.

While the ED-600 comes in three color variations, the ED-258 is available only in cherry wood color.

Since I use my PC for graphic design as well, I preferred the ED-258 over the ED-600, because it allowed for more space for my mouse to move around. Although if you’re looking for a more compact version, you’re better off with the ED-600.

As we could see, the ED-258 sit and stand desk by Halter really gives us what other, bigger brands promise out there. This is an insanely well-priced elevating desk, which can be perfect for the average user who wants to get rid of her back pain.

If you’re looking for a slightly different set-up, you might want to check out the ED-600 as well, but keep in mind that it’s a bit short on space.

In case you need a durable and relatively easy-to-use elevating desktop, then I can heartily recommend the ED-258. It’s simple and does its job.

Check out discount prices on Amazon! 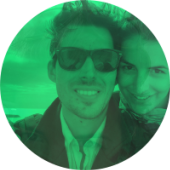 Does the Herman Miller Mirra 2 live up to the hype?